Are You a New Business Startup Primer? Follow this 2020 Guideline to Turn Your Idea into Startup

Let's Talk About It More

If you are here, then I am pretty sure that you want to form a business from scratch. That means you are interested in constructing a startup with a world-changing business idea. That is awesome because that is what you are going to see today.

At TechnoSIP, we give wings to the startups to help them fly high. We feel that the business owners don’t have the expertise and sometimes do not have significant knowledge about the startup world. Building a startup isn’t something that you do every now and then, and even if you do, then this comprehensive guideline is something that you might not have considered before.

If you browse through the internet to look for the right strategy when starting a new business, you will find a similar outline. Get an idea, work on it, and launch the product. It seems easy, right?

My purpose in writing this blog is to give you the basics of what you need to know and how to build a startup from scratch.

Stating that you are about to launch a startup is pretty simple, but the process is a bit complicated. To get succeed in the startup world, you need to do things at the right time and in the right way. The amalgamation of ideas, efforts, strategies and speed, all contribute to the success of a naive business. In case you aren’t much aware of the prospects of a start-up, this blog post will help you through.

An idea that solves a real-time problem

Every business startup starts with a unique idea, right? Now, if you would have noticed, the emphasis is laid on the term unique more than the concept itself. And this is a mistake every entrepreneur commits while starting a new business. Definitely, an idea is essential, but it is not the uniqueness that matters. Your idea should be such that it solves a problem in real-time. You can assess the longevity of your idea in terms of two different factors:

If you are idea seems worthy enough of users’ trust and holds the potential to attract not only users but also retain them, then you are good with it and take it forward.

The next step of taking your idea forward is to conduct thorough market research. Even before you start working on the idea, spread a word among the users. Let people know about your idea, conduct surveys, and ask for suggestions. By doing this, you not only get an idea as to what your customers think and expect but also flair a message that you are about to build a product that supposedly solves a problem.

Now that you are ready with the idea and also performed in-depth market research, it’s time to start with the development process. Remember that the longer you keep your customers waiting, the lesser would be their engagement. Creating a sense of curiosity among the users is good, but having them in a feeling of doubt would be fatal for your startup. In addition to this, you would also need to keep track of the industrial trends and employ them within your startup. The faster you respond to the altering conditions of the market, the higher would be the customer interaction.

Fund At an early stage

You might consider funding as a process you do at the end of the development phase, right? Apparently, no. Funding is a never-ending process and you must start right away.

Once you have a prototype ready for the idea, you should start approaching organisations for funds. It is often noted that several startups fail due to lack of sufficient funds. Even though they have had a groundbreaking idea and did all to get the product to the end-users, the shortage of funds compelled to shut down the entire business; hence, it is essential to collect funds at an early phase, just to make sure that you are monetarily sound when your product is ready to be launched.

Another aspect where the majority of the entrepreneurs fail to focus on is their team. Their skills and capability are definitely critical but what’s more significant is giving them the ease and freedom to work. While you should have an excellent team to handle tasks, you should emphasize on their needs, get to know them better and even engage them in decision making. A happy and satisfied team fetch greater productivity as compared to one that feels dictated.

As an entrepreneur, there are several things that you need to take care of, and of these, the business objectives stand an important one. From registering the startup to seeking legal advice and expert support, professionalism should be your goal from the first day. Also, remember that your business is in the nascent stage, and as of now, the prime objective is to attract customers and not count profits.

Work Along with Risks

Risk is one such term that is complacent with businesses. When you start a new business, you are bound to face risks. Instead of running behind or avoiding them, the best you can do is accepting them and work to fix them. From product to market, team, and financial, startups are loaded with all. Your job is to take each of them as a single unit, assess their vitality and then take specific steps to combat the effect of the same.

Starting a business is like growing a plant. You need to take care of every small aspect and water your idea to reap the benefits of the fully-grown business. As a leader or an entrepreneur, it is your job to nurture your business.

At TecnoSIP, we completely understand that startups look for validation, formation and growth to amplify their ideas successfully. We are a one-stop startup IT solution and service provider, and we have successfully helped 50+ startups to make a digital debut with our tailored business solutions.

We’d Love to Help You 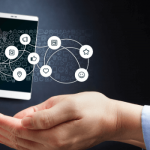 Top 5 Mobile App Development Trends and Predictions to Look For in 2020January 9, 2020
Why is a Mobile App Essential to Kick Start Your Startup Business?February 25, 2020

How Much Does It Cost To Develop An Online Travel Portal

Are You a New Business Startup Primer? Follow this 2020 Guideline to Turn Your Idea into Startup